Home » GENERA A » Aloe » Aloe lineata var. muirii, the streepaalwyn
Back to Category Overview
Total images in all categories: 11,506
Total number of hits on all images: 6,499,104 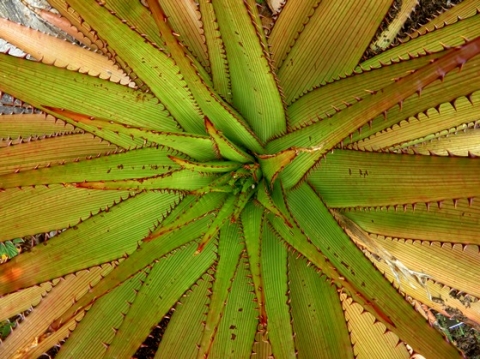 Aloe lineata var. muirii, the Little Karoo variety of A. lineata, has a brighter yellow-green to orange-green leaf colouring and its longitudinal leaf lines are more distinct and defined. The marginal toothing is slightly larger than on var. lineata of the Eastern Cape thicket and Riversdale.

The common name in Afrikaans, streepaalwyn (stripe aloe), is earned by the longitudinal lines that soon appear on the young leaves.