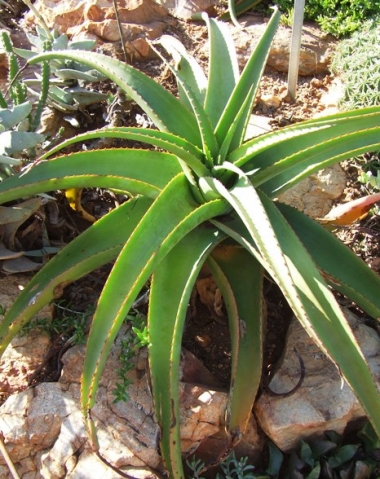 Aloe alooides, the Graskop aloe, grows a single stem with long light-green, droopy leaves. It becomes up to 2 m tall (SA Tree List No. 28.3). Up to five single racemes of yellow flowers may grow in season from the leaf rosette of a thriving plant.

The species occurs naturally in a small part of northern Mpumalanga. The habitat is mountainous, the plants growing on open dolomite ridges in shallow soil at elevations between 1200 m and 1800 m. Although range restricted, the species is not considered to be threatened in its habitat early in the twenty first century (Van Wyk and Smith, 2003; http://redlist.sanbi.org).